In June 2017, Puerto Rico, which is the US’s oldest and largest colony, returned an overwhelming vote in favor of becoming the 51st state of the United States of America. 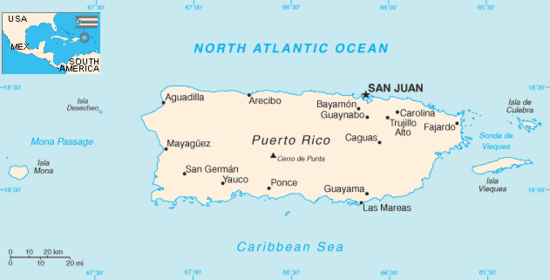 The vote, which was rejected by opposition parties who boycotted the event, was backed by a staggering 97% of those who cast a ballot.

The ruling progressive party, the PNP, who control the Puerto Rican governorship and legislature, organized the referendum, and have claimed the result marks a resounding victory for Puerto Rico’s statehood claims.

If Puerto Rico were to become the 51st state, this would end 119 years of colonization and bring Puerto Rico on board on an equal footing with the existing 50 US states.

Puerto Rico has 3.4 million inhabitants of which 2.3 million are registered voters. However, of those 2.3 million voters, just 23% cast their vote. The last time Puerto Ricans were asked in an election whether they wanted to become the 51st state, which was in 2012, 830,000 said yes. This time that number had dropped to about 500,000.

The Puerto Rico colonization started in 1898 when it was given to the US at the end of the Spanish-American war. More recently, over the past 10 years the island has dealt with a prolonged recession and accumulated debts of over $120bn.

If Puerto Rico were to be allowed to join the United States, it would be the first to do so since Hawaii became the 50th state, which was in August 1959.

So what is the likelihood of Puerto Rico becoming the 51st state? Well currently there have been very few signs of interest on Capitol Hill. When the previous vote was held in 2012, when 61% of those who voted were in favor of becoming an official US state, the reaction from Washington was silence.

As to whether this time around the reaction will be any different, only time will tell.

Remember, if you are traveling to Puerto Rico on vacation, or anywhere else for that matter, at AARDY you can get an anonymous quote in seconds, and compare dozens of the top travel plans from many of the largest US travel insurers, saving you time and money finding the right travel plan for your needs.